Menu
Back to news

What is the best pallet wrap to use?

Which Pallet Wrap Should I Use?

Which Pallet Wrap Should I Use?

When deciding which pallet wrap is best to use there are a few things you will need to consider. The first would be to look at the wrapping machine you are using.

Does the wrapper have a powered pre-stretch unit built into the film carriage?

If your pallet wrapper does not have a power pre-stretch unit then it will have a core brake.

A core brake is either a manual or an electronically controlled brake that slows down the rotation on the film carriage to give tension to the film as it is being pulled off the roll by the motion of the pallet on the turntable.

Traditionally there have been two types of film in 20 or 23micron thicknesses. A standard film for core brake machines and a Pre-Stretch film for power pre-stretch machines. These are still very popular films and whilst pallet wrap is recyclable there has been a drive over the last few years to reduce the amount of packaging waste.

Reducing the amount of packaging waste has been achieved by altering the manufacturing process and producing a multilayer film. By altering the material composition of the individual layers, it has been possible to produce a film that has an overall thickness of just 11 microns with a greater puncture resistance than traditional films and can be stretched up to 400%.

Find out more about the different types of pallet wrap and which is best for each application.

Standard film is one of the original types of pallet wrap for pallet wrappers that have a core brake tension system. This type of film has a stretch ratio, or elongation, of around 150% and typically would be used on light to medium weight pallets.

Standard film is manufactured in 20mu and 23 mu thicknesses.

Pre-stretch film is a type of stretch wrap film that has been stretched near its breaking point before being wound onto its cardboard core. The pallet wrap is typically pre-stretched to around 90%, which is why pre-stretched film is thinner than most other pallet wraps.

With this type of film you can apply to the pallet at a lower tension. The plastic memory retention kicks in after it’s been wrapped and the film contracts around the pallet to secure the load.

Power Pre-Stretch film is a film that will stretch 250 – 400% and is used on pallet wrappers that have a power pre-stretch unit in the film carriage.

Multilayer film has been designed as a direct replacement for the standard and power pre-stretch film to increase performance and reduce the amount of packaging waste. By altering the composition of the individual film layers is has been possible to create a 12mu film that outperforms a standard film and as it is a lot thinner the amount of film used per wrapped pallet is less.

In addition to saving in packaging waste, there is also a cost-saving as the cost per wrapped pallet is also less.

There are two different film specs. One to replace standard film and another to replace power pre-stretch film.

Find out more about the power pre-stretch and the core brake pallet wrappers. 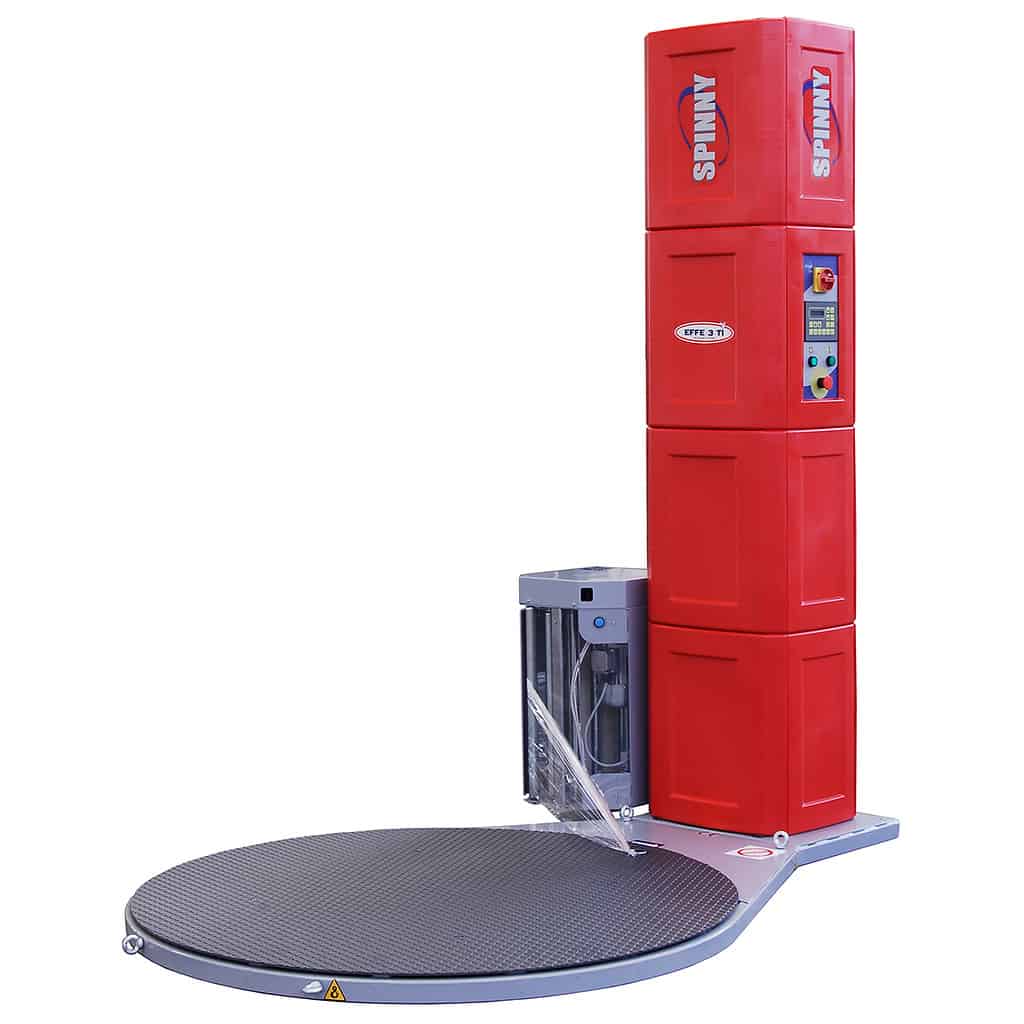 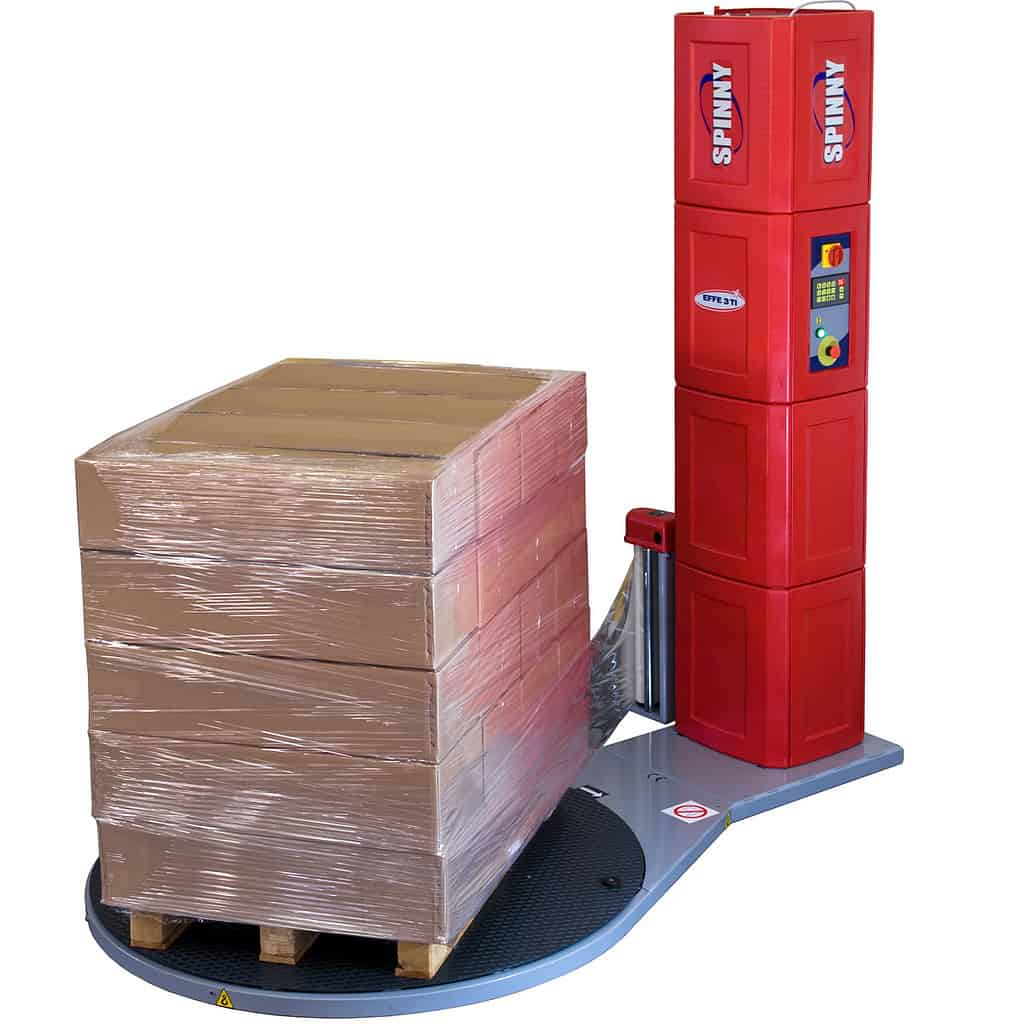 All models of SPINNY S300 are equipped with a high-performance MOTORIZED PRE-STRETCH SYSTEM. The power pre-stretch is a special device that allows the best utilization of the stretch film quantity: moreover, it permits to wrap light and unsteady pallets that couldn’t be wrapped with different friction systems. The stretch film is supplied in the right quantity by the rollers that are operated by a motor, which is controlled by an electronic system that measures the speed and keeps the film tension constant on the whole pallet’s surface. The motorized pre-stretch system allows the efficiency of the film up to 300%.

The DUAL MOTOR version is designed to let you save even more film, obtaining more economic advantages. Based on the same principle of the single motor version, the DUAL MOTOR system offers variable stretch factor up to 400%!

We are here to support you. If you have any questions on choosing the right wrap for your application please contact the team.

Request a call back

Please enter your details below and one of the team will give you a call. 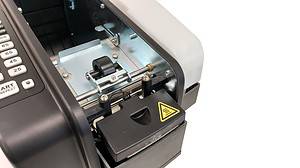 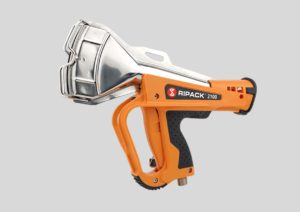 Heatshrink wrapping . For secure, sturdy and protective wrapping, heat shrink film has to be the most secure.  Polythene heat shrink is an LDPE film

Switching over to eco-tape With sustainability at the forefront of our minds at the moment, switching to paper tape from plastic tape would be the

Get our latest news and innovations to your inbox